Produced by Barry Ashenhurst in 2016

I regard myself as a keeper of the visual flame. But it took a while to light it.

From a young age my mind was centred on outdoor activities. I enjoyed cycling, fishing and many active sports. I hated lots of things about school because I could not concentrate on what was happening in the classroom. My mind was always wondering outside, looking at patterns and watching the clouds roll by.

At the age of 12 I became interested in photography while on a holiday with my parents. Mum and Dad where hopeless with a camera so I took charge of capturing our memories.

From then on I tried my hand at many varied pursuits but photography was always there.

At the age of 15 I began processing black and white films in our bathroom, until Dad helped me build a tiny darkroom in the corner of our garage.

I had no enlarger so I could only make contact proofs on photographic paper. I'd place glass over my negatives and switch the garage light on for a few seconds.

In 1975 I purchased a Pentax KX camera and an LPL B&W enlarger. I explored the Great Western Tiers walking tracks during my annual leave,

and at weekends, drove around in the country with my friends, looking for things to photograph.

My life changed after I read the book The World Of Olegas Truchanas. I found it moving. It wasn't only the photographs but his whole attitude to the landscape and to life.

I'd started shooting weddings on the side so I purchased a Mamiya 6x6 camera for that task. By 1978 I'd given up playing football and joined the Deloraine Bushwalking Club.

I walked every weekend. From my first bush-walks I became hooked on recording images that showed people where I'd ventured and the beauty I'd seen.

By 1983 I became passionate about wilderness photography and purchased my first Pentax 6x7 camera, along with four lenses and a 2kg tripod.

Back then I was inspired by the amazing images Peter Dombrovskis was making with his large format camera, and realised even then that few photographers were able to shoot

to his standard. After three years of lugging around my Pentax medium format camera I decided to move up to a folding, large format 4x5-inch camera.

Spur -of-the-moment shots are impossible with a large format camera so I learnt to put my mind into a state of higher concentration. I call this 'hyper focus';

I could previsualise the image before setting up the camera on a tripod.  It took five years to shoot the images for my first book Tasmania, A Wild Beauty.

I published three more books while making a living out of shooting weddings, portraits and other commercial work. I had my own colour darkroom and printed all of my own photographs with a 4 x 5 Chromega enlarger and a 16 inch Hope processor.

In 1997 my wife Barbara and I opened our own publishing company, Hardings Productions, and in the following years have sold thousands of books, pictorials and calendars to

the tourism market. In 1996 our best selling book Australia's Island State, Tasmania won the Galley award for excellence in book production and manufacture.

In 2006 I changed to digital capture, giving me total control of the entire process, from shooting raw files, processing them and converting the images to the CMYK colour profile ready for print.

Gathering my photographs involved four decades of travelling and repeated visits to many far-flung locations. I composed my images with an

emphasis on foregrounds and middle grounds, generating a sense of depth and dimension, drawing the viewers' eye towards the distance.

Still, every time I see my old 4x5 Linhof Technika camera I'm reminded of the passion that made me venture alone into the wilderness.

And the flame? It sputters occasionally, but still burns bright. 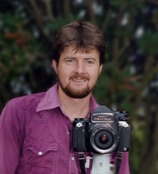 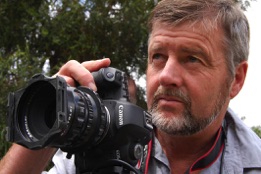 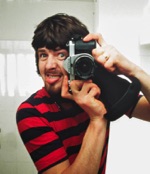 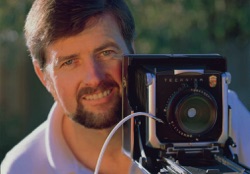 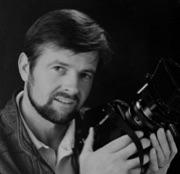